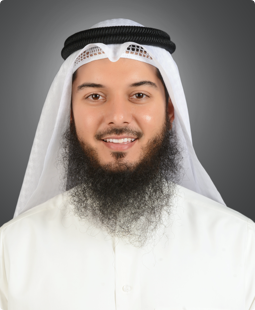 Musab Al Mutawa received his B.S. in Biological Sciences with a concentration in neurobiology from Stanford University, where he also studied economics and history. He then obtained a Master of Business Administration, a Diploma in Diabetes Care and Education, and a Master in Research Methodology in Management Sciences. While pursuing his Ph.D. in Management Sciences at the IE Business School, where he worked on a number of projects including differences in organizational responses and organizational exploitation of audience stigma, he co-founded and exited a couple of companies including Carriage. At Carriage, where he was initially a cofounder and CFO, he was responsible for, among other things, the exit process which resulted in one of the fastest (less than 13 months from first order to exit) and largest (nine figures) exits in the MENA region.

He subsequently became a chairman at Carriage and was elected a member of Delivery Hero’s Global Leadership Council, which is responsible for setting the ultimate strategy for the Delivery Hero Group (market cap of 7.5 billion USD). Musab has set up, and was a GP in, a number of funds and SPVs, including in the logistics and e-commerce space. He was also a consultant to numerous companies and startups working on complex structuring, overall strategy, fund-raising, and exits in ventures in the biomedical, consumer-facing, fin-tech, and F&B spaces. 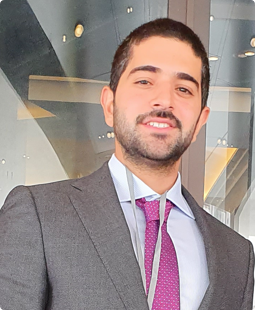 Abdullah Al Mutawa started his professional career as a field engineer in Schlumberger, where he managed to grow from a field engineer trainee to a field engineer 2 in two years, handling both execution of jobs in the field and in-house designs for clients. Thereafter, he co-founded and set up The Stack, a restaurant based out of Kuwait. The operational challenges he faced there helped him come up with the idea of Carriage, an urban logistics platform based in the GCC, which he also co-founded. As the CEO of Carriage, Abdullah managed the day-to-day operations and led the rapid growth of Carriage from a startup to a multinational enterprise operating in six countries with over 1,000 employees, and more than 12,000 riders. Under his leadership, Carriage was acquired by Delivery Hero in one of the largest exits in the region (nine-figure exit, 12 months after Carriage’s official launch).

Abdullah was subsequently elected a member of Delivery Hero’s Global Leadership Council, which is responsible for setting the ultimate strategy for the Delivery Hero Group (market cap of 7.5 billion USD), and was thereafter appointed as Carriage’s chairman. Abdullah holds a B.S. in Civil Engineering, completing coursework at both Virginia Tech and Tennessee Tech.

Abdulaziz Al Bahar received his Bachelor’s Degree in Mechanical and Product Design Engineering from the Massachusetts Institute of Technology (MIT). He then started his career in Oil & Gas with Halliburton; initially in Kuwait and serving local and multinational clients, and then relocating to Houston, Texas, where he provided technical sales and services consulting to clients all over North America. After Halliburton, he enrolled in Harvard Business School (HBS), where he completed his MBA. During his time at HBS, he interned at SolarCity in San Francisco as a business intelligence analyst. His work there focused on improving a critical process and analyzing entry into a new international market.

Most recently, he was part of the iPhone Operations team at Apple, where he successfully launched several new products and worked on others yet-to-launch. His responsibilities included setting up several new factories from the ground up, ensuring factories ramped on time regardless of supply chain difficulties, and ensuring that product launches succeeded with the proper quality controls in place. 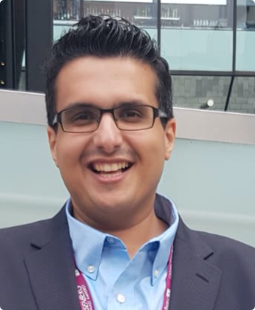 Mishari Al Nahedh received his Ph.D. in Business Administration from the University of Florida’s Warrington College of Business, an MBA in Finance, Economics, and Strategy from the Booth School of Business at the University of Chicago and a Bachelor’s Degree in Electrical Engineering from the University of Kansas.. He served as the economic consultant to the Minister of Commerce and Industry and to multiple private and public organizations in Kuwait. Before attending graduate school, he was part of Kuwait Finance House’s investment banking team, where he worked on an international ship-leasing investment fund, a project finance transaction for a petrochemical plant in Singapore, and several other structured finance transactions. Prior to that, he worked as an investment analyst at Turkapital Holding, a private equity and venture capital firm focused on the Eurasia region. His responsibilities included evaluating investment opportunities and participating in the due diligence process for deals in the manufacturing and healthcare sectors.

Mishari is also an assistant professor of strategy and entrepreneurship at Kuwait University’s College of Business Administration, where he teaches in the undergraduate and MBA programs and was awarded the teaching excellence award. His research interests include entrepreneurial finance, startup accelerators, and firm growth strategies. He has published his work at the Strategy Science Journal.

He started his career as a Software Engineer in 2007 and worked on various projects from Digital Signage, Online Gambling, Fintech and Crypto to AI/ML.

Throughout his career, he has been helping companies grow their engineering teams while helping with the overall systems architecture. He’s passionate about solving complex problems through simple and efficient solutions while keeping high quality and process standards.

Tiago loves working in an Agile environment, and he’s a Certified Scrum Master. He also has experience implementing all the necessary requirements for multiple quality and security certifications.

João Bhaloo was born in Lusaka, Zâmbia. He lived in Tanzania, Poland, The United Kingdom and Portugal.

Marketing-ing since 2012, he focuses on helping companies (really) grow, and has experience in multiple sectors and markets.

He developed his career working with international high growth startups, both in-house and as an external consultant/advisor – having worked with 30+ startups ranging from B2B enterprise players, to B2C mass market players.

He loves pizza, coffee, funny socks, and his beard. His 2 favourite things in the world are traveling and reading. Common sense and ignorance are his major allies.

We’re always on the lookout for new talent!

If you enjoy the challenge of a relentless, fast-paced environment, we would be happy to consider your application.

Join the team
Let’s make something great together.

Send in your business idea to